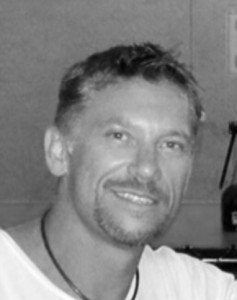 Habby Heske has been involved with Martial Arts for over 25 years. He started Judo when he was 10 years old and 3 years later he started boxing at the P.C.Y.C (Police and Citizens Youth Club) in Kensington.

Not long after he started boxing he became friends with Gary Childs, a black belt in Karate. Soon after this meeting at the age of 16 years old, a young Habby Heske had earned himself a 1st Dan Black Belt in Karate.

Habby always had an interest in the fighting arts and started competing in amateur kickboxing fights in his early teens. In 1988, he travelled to Thailand to learn the finer art of Muay Thai kickboxing at Sityotong, Pattaya.

On his return to Perth, Australia in 1991, Habby started training with Rod Stroud who then became his manager as his kickboxing career turned professional.  In fact, Habby won all of his professional fights, except one during this period.

Habby won state, national and south pacific titles in the cruiserweight and heavyweight divisions. At the same time, Habby had advanced in his study of Karate and had been awarded the 5th Dan Black Belt ranking.

During Habby’s professional career, Habby travelled to the United States twice a year to train with Rickson Gracie to learn the art of Brazilian Ju-jitsu.  After 3 years, Rickson awarded Habby his blue belt in Gracie jiu-jitsu.

Habby was soon teaching Muay Thai Boxing, MMA and Jiu-jitsu and had a strong group of stable fighters that were competing at state, national and international competition with great success.

In 1998 & 1999 Habby travelled to Brazil to train with Royler Gracie in Rio De Janeiro, and he competed in the world MUNDIAL Jiu-jitsu Championships.

On his return, Habby teamed up with John Donohue who was a black belt in BJJ, under Rigan Machado Habby and his students started training and competing under the Extreme Jiu-jitsu and Grappling banner and then under Clube Feijao.

He now trains under the Mach1 Banner Internationally.

Habby was lured to the movies and co-starred stunt man in motion pictures with Jackie Chan (Mr Nice Guy), Jean Claude VanDamme (The Quest) and Sammo Hung (Martial Law) as well as a handful of Hong Kong action movies, filmed throughout Asia.

Habby now dedicates most of his time to teaching at Mach 1 Fitness (Fightclub). He has over 600 students and over a dozen amateur and professional fighters who fight nationally and internationally in MMA, Jiu-jitsu, Shooto and Muay Thai Kickboxing.

Habby has trained students who have become World Champions as well as UFC & PRIDE FC fighters.

Habby loves to teach and hopes that he can create more than just a school of self defence, but a gym that allows all kinds of people to discover not only the benefits of training various styles of martial arts but also getting super fit, having confidence, co-ordination, self-discipline and above all, having FUN!!!!!