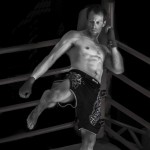 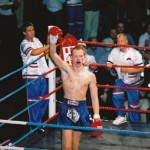 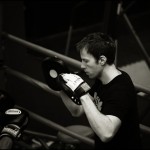 Stephen is the coach at M1FC Joondalup

Stephen first got involved in martial arts training at age 8 when he watched his first movies starring Jackie Chan and the TV series ‘Monkey Magic’. Ever since his first lesson in Taekwondo, he has been a student of martial arts and still enjoys the continuous learning and education that studying martial arts brings.

After training in Taekwondo for a number of years and achieving his Black Belt, he then moved on to start training in Boxing, Muay Thai & Grappling. With a background in martial arts, Stephen began to compete in these art forms early on and achieved state and National titles over the years. 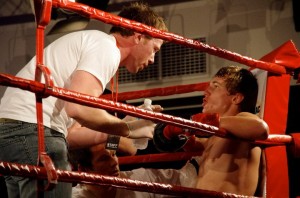 Training for over 26 years in martial arts, Steve has achieved numerous goals on his journey, including being awarded his black belt in Taekwondo, his Advanced Instructor Award in Progressive Combat, Pro Defence Krav Maga Instructor. He has also competed on a National and International level in Muay Thai, Submission Wrestling, MMA and Taekwondo.  Steve has had a number of his fights broadcast on national television such as Sky Sports, Channel 5 and Eurosport.

Stephen has competed in MMA winning National titles in ECSA and TFF. Plus, he is also a veteran in British MMA organisations as well as Superfight Australia and HEX FS. 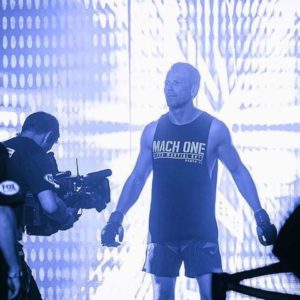 Previously located in England, Stephen was recognised as a Self Protection Advisor to the Britsh Police Force teaching defensive tactics and specialist close protection and restraint skills to Self Protection Police Instructors.

Stephen was also awarded the rank of British Combat Association Instructor under world renowned instructors Geoff Thompson and Peter Constantine in the UK.

Stephen is the only qualified Pro Defence Krav Maga Instructor in Australia. 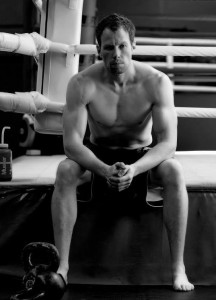 Stephen holds a  fitness qualification and is a qualified personal trainer. He regularly attends courses and seminars to keep current with the ever-changing fitness industry. He has used his experience of martial arts and fitness to teach various athletes and teams from other sports such as AFL and Rugby.

Stephen has a real passion for teaching martial arts and thrives on passing his knowledge to members of M1FC. He brings technical striking skills as well as an experienced ground game to share with the M1FC members from his extensive knowledge of the fight game. He teaches regular classes, one to one personal training as well as presenting self-defence and fitness seminars at M1FC and around WA. Stephen has been asked to give articles in the national newspaper, an expert on the Nova Radio station and on the Channel 7 News regarding Self Defence and Safety on the street.

Stephen Walton in the Media: 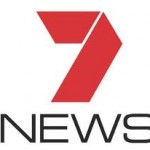 On Nova Radio as the Self Defence Expert: 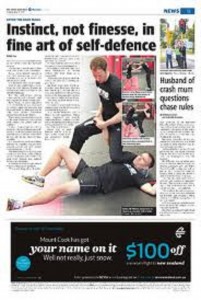 On Tuesday 27th March 2012, the West Australian wrote a 2 page Boxing article in its Mind and Body Section of the National Newspaper.

They interviewed M1FC Coach, Stephen Walton, regarding Boxing and the fitness benefits it can bring. Stephen discussed finding the right instructor, learning good technique and having fun with the training. A reporter, Maya Anderson,  for the West Australian also attended a class at M1FC Joondalup.

Maya said “Theres a good vibe in the class and the other students are more than nice”. She also stated “The workout was really good fun despite being a killer…I’d do it again in a heartbeat”.

Her verdict was “A killer full body toning and fat-burning workout for those serious about fitness. Boxing will get you sweating, muscles and leave you sore”. 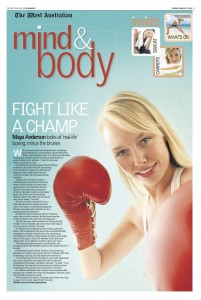 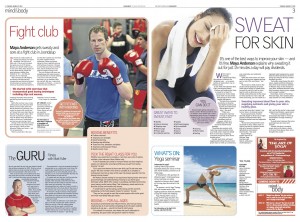 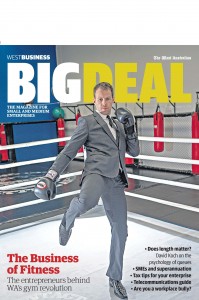 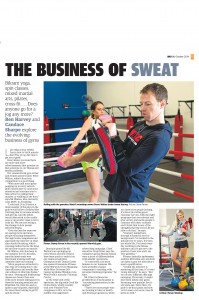 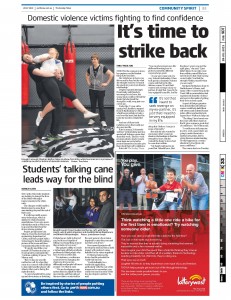 We appreciate the time you made to come to Mater Dei College and educate the Year 10 students about self-awareness and safety in their lives.  Through your engaging presentation, the students learnt some practical awareness drills on safety as well as some basic common sense practises on avoiding potential threatening situations.  The students enjoyed the practical exercises on basic self-defence as well.”

“Finding someone who understood the importance of providing self defence to vulnerable women, and being able to adapt the classes to suit our clients was essential for St. Bart’s.

Steve was able to provide a fun and informative learning environment, encouraging participation and making all who took part feel comfortable. All the clients and members of the public that participated in the workshops provided, left feeling empowered and fully confident in self defence.

It was a pleasure working with Steve (Pro Defence), and we hope to work with him again in the not too distant future.”