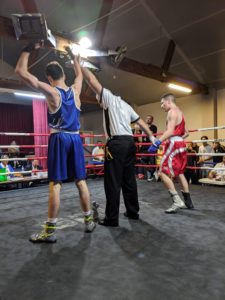 We have seen Liam progress so much in the last few months after his first taste of Boxing competition and he demonstrated those technical improvements at this Championship event in Perth. Liam showed effective distancing, reactive movement and solid strikes against both of his more experienced opponents to secure victory and become the 60kg Champion! 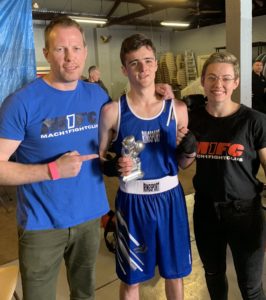 Liam will compete again soon so dont miss him in action!!!